Capital One and Other Debt Collectors Are Still Coming for Millions of Americans.

The U.S. economy may be strengthening, but by one measure Americans are flunking the basics of personal finance.

As the COVID-19 pandemic hit, Americans got protection from evictions, foreclosures and student debt. But debt collectors have continued to siphon off their share of paychecks from those who still have jobs.

Since 2018, Capital One has been a looming presence in Julio Lugo’s life, ever since the company sued him, as it did 29,000 other New Yorkers that year, over an unpaid credit card. But when the coronavirus hit the city this March, it wasn’t on his mind.

At Mount Sinai in Manhattan, where he works, he’d been drafted into the hospital’s frenzied effort against the virus. He normally gathered patient information at the front desk of a radiology clinic in orderly shifts, 9 to 5. Now he was working 16-hour days, often overnight. At one moment he might be enlisted to help a team of doctors or nurses put on their full-body protective equipment and then he would rush to disinfect another team. He lost track of the days, only orienting himself by the need to juggle care with his ex-wife of their two young children who were now out of school.

But despite a global pandemic, Capital One didn’t forget about him. The company began in late March to seize a portion of his wages to collect on that debt — one that he says wasn’t even his.

Federal, state and local officials have all taken some steps to protect Americans from the ravages of the economic crash due to COVID-19. Congress halted a substantial portion of evictions, foreclosures and collection on student loans. And when it sent $300 billion in stimulus checks out to families, many states took steps to make sure that debt collectors didn’t grab the money. But one of the most aggressive and common forms of debt collection has generally been allowed to continue: seizure of wages for old consumer debts.

The main protection Americans have gotten from debt collectors has been inadvertent, a byproduct of state courts being closed to most hearings, including those pushed by debt collectors. But this didn’t help people like Lugo who were the target of actions that began before the closures. Wage garnishments can run indefinitely once begun. As a result, essential workers and others who were lucky enough to keep their jobs have still been at risk of forfeiting a portion of their paychecks. 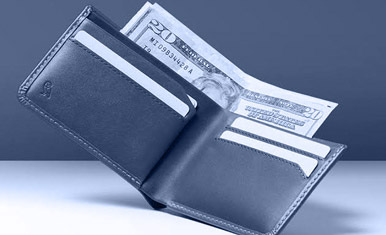 At Helbing Law Group, our entire law firm is dedicated solely to champion the rights of consumers. Our team will fight for what is right for you.

Get a free Consultation