In a recent State Farm Insurance commercial, a young woman says to a young gentleman, “You cannot put anything on the Internet that is not true.”  He asks her where she heard that, and in unison, they exclaim, “the Internet!”  The Internet is available to most people and given that nearly 50% of all marriages end in divorce, and an increasing number of people have children without ever getting married, family law topics are rampant on the worldwide web.  And because anyone can indeed put something on the Internet that isn’t true, this creates a lot of misinformation.  Unless or until they consult a lawyer, many people believe the family law myths and misconceptions they found somewhere on a website, and I often hear of them from people when they first come to consult with me.  Here are a few:

Do I Have A Right to Counsel in Divorce?

Parties do not have a right to counsel in divorce cases. The right to counsel generally applies in cases where the litigants may lose their physical liberty if they lose the litigation (i.e., criminal cases). There is also a right to counsel in dependency proceedings where the State seeks to terminate parental rights. The recent case of Marriage of Campi, made it clear that “There is no such statute or court rule governing dissolution proceedings, and there is no such risk of a loss of the custody of a child, because custody is awarded to one or both parents, not the state.”

Do I Have A Common Law Marriage?

Common law marriage, whereby a valid marriage is created by operation of law without satisfying solemnization and other legal requirements, was abolished in California in 1895. Despite the fact there is no common law marriage in California, this does not mean that quasi-marital rights (called palimony or Marvin actions) cannot arise in a relationship where the parties lack a legal marriage. In order for this to occur, the equivalent of a contractual relationship between the parties must exist. The contract is usually not written but instead implied or oral and therefore typically very difficult to prove. If such a quasi-marital relationship exists, there is no requisite time period associated with the length of the relationship to prove the claim.

Are Mothers Are Always Awarded Primary Custody of The Children?

If I Quit My Job Can I Be Required to Pay Support?

The family law obligation for one to support his or her child and/or spouse is not easily shirked.  In California, the law allows the court to assign to a party an income figure equivalent to their capacity to earn it.  Therefore, even if a party does not actually earn that income, it is possible that support will be calculated as though that income is received.  This means that anyone who quits his or her job and thus lacks an actual income might be ordered to pay support.  The practical effect usually forces that person to return to work.

While the Internet contains much useful information, it also has many urban legends, myths, misconceptions and simply wrong information.  Therefore, it is important to meet with a lawyer who understands the law. If you have heard or read something which you think could impact your case, do not hesitate to consult with us if it is true. 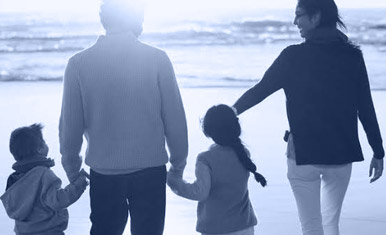 We are always here to help you whenever you need.

Give us a call